Zeolite – The Little Mineral That Could 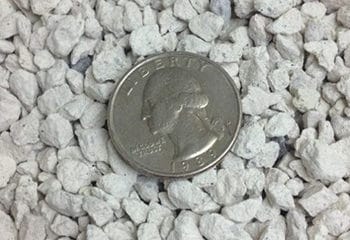 By Tony Giunta, PG, Director of Project Development
A friend once said, “humans are the earth’s virus-where ever we go we infect and destroy!” A pretty harsh indictment of the most successful and prolific life form on the planet. But, truth be told, we do profoundly impact our environment… and often that impact is negative.

One major example is our ever-growing need for energy. A major source of that energy here and throughout the world is coal. One of the by-products of coal combustion is residual ash which is naturally high in metals. When this ash contacts water, the metals are released and often end up in streams, ponds, and rivers-where they are toxic to wild and human life.

With millions of tons of coal ash currently stored in a manner that’s susceptible to leaching toxic metals to surface and groundwater, there needs to be an effective affordable solution to capture those contaminants before they escape into our environment.

Just as the earth has provided many of the ingredients for curing human ailments, it’s not surprising that it has also provided a natural solution to the coal ash dilemma. Zeolite is a naturally occurring mineral with unique abilities to absorb a wide range of impurities from liquids and solids. Nobis Engineering has teamed with Moleculoc, Remedial Technology Distributors (RTD), and XDD Remediation Solutions (XDD) to study the ability of Moleculoc’s patented enhanced zeolite to capture the toxic metals before they are released to the environment.

Preliminary bench tests performed on twelve different coal ash metals have been impressive. “The little mineral that could” has reduced copper leachate by 99.6%, cadmium by 92%, zinc by 94%, and beryllium by 99.1%. When the ash was mixed with zeolite and concrete, results were even better.

So it looks like once again Mother Earth has provided a natural remedy to help fight off the infection caused by humans-her loving yet problematic “virus”. Nobis Engineering along with Moleculoc, RTD, and XDD will continue to provide the coal and power industries with significant data to demonstrate that zeolite is an effective affordable solution for sequestering metals found in residual coal ash. Please stay tuned to my LinkedIn page as I publish additional supportive laboratory results.