When Safety and Quality are Critical, Take a Cue from the Nuclear Power Industry 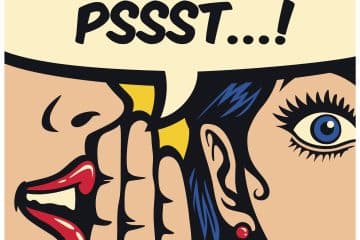 When Safety and Quality are Critical, Take a Cue from the Nuclear Power Industry

Do you remember playing “telephone” when you were younger? In a game of telephone, one person begins by whispering a secret phrase into the closest player’s ear. In sequence, each recipient relays the message – as well as they can – to the next person. In the end, the last person exclaims the message they think they heard, and of course it is invariably revealed that the message was horribly confused throughout the chain of players! How could the simple act of repeating a sentence get so badly muddled?

While communication errors may be a reliable way to entertain a classroom full of children, when the stakes are higher, matters of clear communication, and reducing human error generally, can be serious. One does not have to think hard to imagine settings and occupations where human error could lead to disaster – nuclear energy production, manufacturing, railroad transportation, and military applications to name a few. The US Department of Energy claims that about 80% of adverse events are the result of human error. As a safety professional, I am always interested in learning about ways to weed out mistakes – those human errors that can seem so elusive and hard to control – but can result in injury, property damage, and environmental damage just the same as mechanical failures, maintenance problems, and other causes which may seem easier to detect before they become an issue. The game of telephone is an exaggerated example for certain – but any time we undertake tasks with others, the risk of human error from unclear communication or imperfect instruction is a factor. Given such a large percentage of errors may be related to human performance, isn’t it reasonable that we should seek to do whatever we can to reduce their incidence?

One resource that doesn’t get much attention outside of the industries like the ones mentioned above is the concept of Human Performance Tools (HPT). Essentially HPT are a group of behaviors that can be employed – by anyone, whether they be plant personnel, construction workers, or engineers – to reduce the likelihood of undesirable human error events. Sounds good right? When it really matters, any business or organization can use HPT to reduce human error and help critical outcomes succeed. Widely used by the nuclear energy industry, the U.S. Department of Energy has published for public release a two part manual for understanding and employing HPT titled DOE-HDBK-1028-2009, Human Performance Improvement Handbook. In this article we will look at three of the easiest to use and widely applicable tools, that you can use to improve safety, quality, productivity in your organization’s critical endeavors.

It may seem simple but taking the time to write a plan – tailored to your activity – – and then discussing it with your team is probably the most impactful thing you can do to reduce human error. In the rush to begin a task or project, this crucial step is often skipped – leading to dangerous or time-consuming mistakes. When conducting your pre-job briefing, include the scope of work, team roles and responsibilities, the sequence of steps, hazards associated with each step, means of controlling each hazard or risk, criteria for when to stop and re-evaluate, and inspection requirements for your tools and equipment. Having a pre-job brief every time you start a task will help all involved better understand the task, and their role. It will help to ensure that needed supplies and equipment are staged and ready to go before the work starts. It will give everyone a chance to ask questions and gain a better understanding of the task which not only improves safety outcomes, but also efficiency, improving your organization’s bottom line.

Consistently conducting pre-job briefings will help prevent complacency, improve efficiency, and combat dangerous or misguided assumptions. Though it may seem obvious, there is good reason that pre-job briefings are a big part of HPT in safety-critical environments. As the adage goes, “those who fail to plan, should plan to fail”.

1. The sender states their message clearly to the receiver.

2. The receiver repeats the message back to the sender in their own words, however repeating names and labels word-for-word. Paraphrasing in this step allows the sender to evaluate whether the receiver truly understands the message, as opposed to merely repeating what was heard.

3. The sender informs the receiver whether the message was properly understood. When communicating other than face-to-face, using phonetically dissimilar sounding phrases, for example “Yes, that is correct” and “No, that is wrong” as opposed to saying “incorrect” will ensure that the message will be heard correctly even if fragments are lost in telecommunication. If the receiver demonstrates incorrect understanding of the sender’s message, the sender restates the message until proper understanding is confirmed.

Using three-way communication, much like pre-job briefings, is a great way to know if your team knows exactly who, what, when and where must be done, while nipping assumptions and misunderstandings in the bud.

In the early 20th Century, as voice telecommunications becoming commonplace around the world, it became apparent that miscommunication of the spoken names of letters of the alphabet was a new source of human error. When spoken through, for instance radio, it was common for phonetically similar sounding letter names to be confused by the listener. Consider how similar “B”, “D” and “V” sound, or worse yet, “M” and “N”. Various phonetic alphabets, also known as speaking alphabets, were developed by organizations around the world to eliminate these errors by giving each letter a phonetically distinct sounding name.

It wasn’t until 1956 that the NATO phonetic alphabet was adopted in its current form (see sidebar), but it has been the closest thing to a universal standard for many organizations ever since. Taking a little time to memorize the NATO alphabet and use it when spelling or communicating letter names will make your telecommunications more effective and accurate (even if you only use it to spell your email address over the phone). Using agreed upon standards rather than improvised solutions is a theme in HPT. For phonetic alphabet selection, the NATO phonetic alphabet represents the most widely adopted choice. 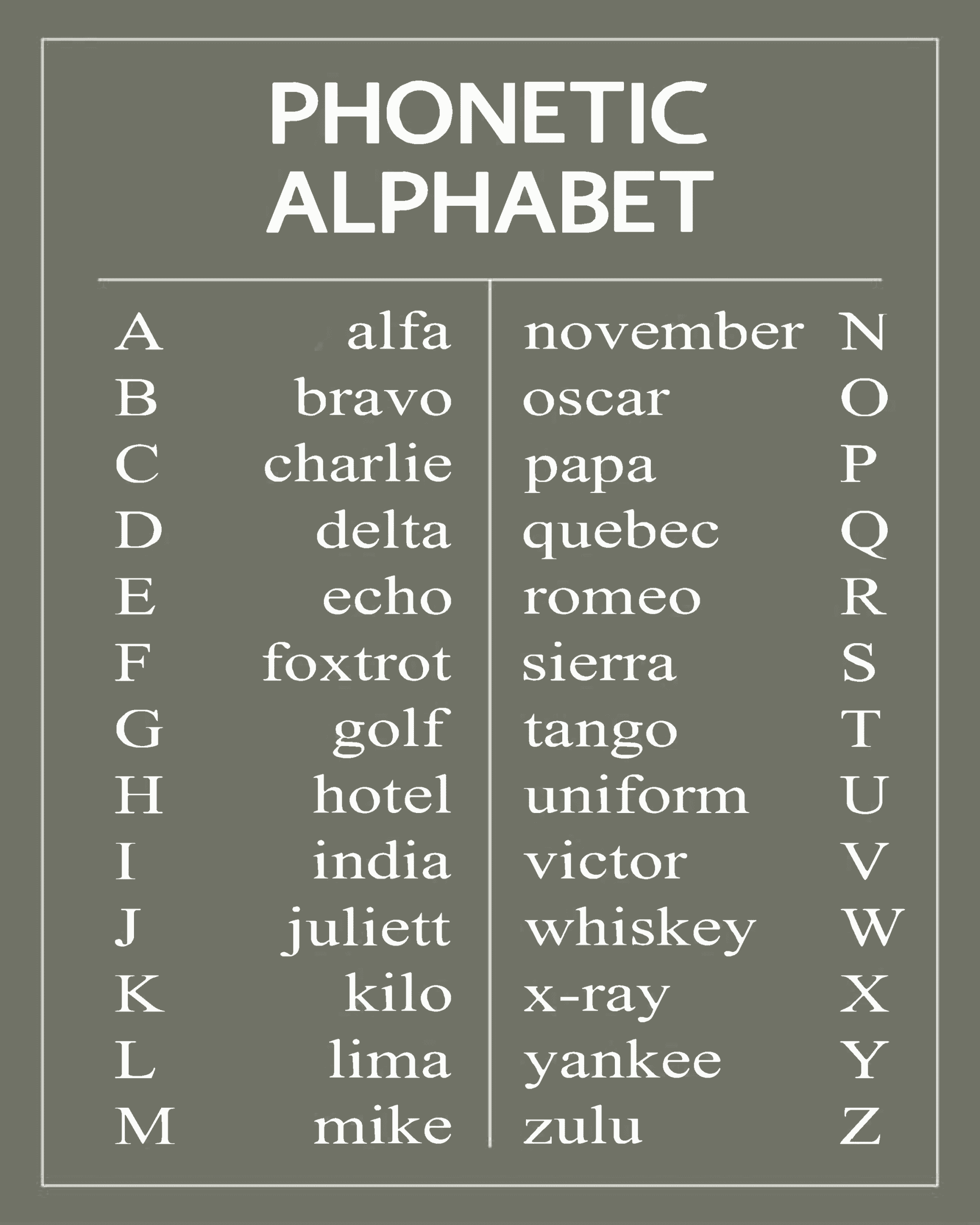 The NATO Phonetic Alphabet – note the spellings of “Alfa” and “Juliett” are intended to reduce mispronunciation errors across a variety of language users.

This article only described three of the many HPT adopted by the DOE and other safety-sensitive organizations. Much more information regarding strategies for groups and individuals to reduce human error is available in DOE-HDBK-1028-2009, Human Performance Improvement Handbook. The fact is, these and other tools work.

If you aren’t used to them, using HPT can perhaps seem silly or overly serious. Famously, foreign tourists visiting Tokyo, Japan are often perplexed by railroad workers’ constant pointing and calling out seemingly mundane things in and around trains. What tourists may not realize is that these railroad workers are using their industry’s own form of HPT to ensure that routine actions are completed properly and safely. Since its adoption, the system, known as shisa kanko (point and call) has reduced targeted human errors by about 85%. Though shisa kanko may not be useful to your organization, if you accept that human error is widespread, you may find that using some of these tools as well as others found in the DOE handbook, may be worth putting self-conscious feelings aside and implementing in your workplace to mitigate costly human errors.

Human Performance Tools have been developed to eliminate human error where it simply isn’t acceptable. True, there are few things as critical as safely operating a nuclear power plant or operating a commuter railroad. It is up to you and your specific goals with respect to safety and quality in your operations to determine how much risk of error you can tolerate. For those operations where there is simply no room for error, or simply to take a bite out of 80% of your organization’s errors, consider using Human Performance Tools to reduce mistakes.