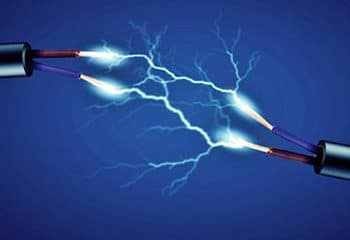 By Tony Giunta, PG, Director of Project Development, Mayor City of Franklin, NH
Ironically, while opponents continue to cheer the New Hampshire Site Evaluation Committee’s recent decision to deny a permit to build Northern Pass-one of the largest scale renewable energy projects ever proposed for New England-the newest movement to save the planet is quickly gaining steam (or should I say volts). Sixteen countries (including the United States-California to be more specific) have implemented bans on the internal combustion engine-and over the next decade will require everyone to start driving electric vehicles (EVs).

Now do I think EVs are a good idea? Sure I do! About ten years ago, I drove one of the earliest Prius’ and was impressed with its combination of power, economy, and low emissions. With the remarkable technological advances since then, I can only imagine today’s electrics are even more appealing.

But before everyone goes off and buys an EV to “save the planet” we’d better think through the amount of electrical energy needed to go from gas hose to extension cord.

The Energy Information Agency reports the New England states use more than 6 billion gallons of gasoline annually. Knowing one gallon of gasoline converts to 32.6 kilowatt-hours of electrical energy, a quick calculation shows that to replace all those 10,000-gallon tanker trucks rolling to your local gas station with electricity available at your home or charging station would require the New England grid to provide an additional 200,000 gigawatt-hours of energy. A big number, for sure, but what does it mean?

To put it into perspective, let’s compare the need for an additional 200,000 gigawatt-hours of energy to the amount of electrical energy consumed on the New England grid today. The Independent System Operators of New England (ISO-NE)-the group tasked with (among many other things) ensuring our electrical grid remains reliable-reports that our region’s annual average electric usage is about 120,000 gigawatt-hours. Comparing these two numbers demonstrates that if we really want to replace gasoline powered vehicles with EVs we would need to nearly double the amount of electricity produced in New England. As Tim the Tool Man Taylor would say, “we need More Power”!

OK, now that we know how much additional power we need, where are we going to get it? Well, let’s look at the most recent large-scale infrastructure project that most everyone has heard about-the Northern Pass. When completed it would have delivered about 1 gigawatt of electricity to the New England grid. If we assume this amount of power would have flowed onto the grid 24 hours a day, 365 days per year, then the project would have provided 8760 gigawatt-hours of power. If you compare that amount of power to what would be needed to charge our EVs (200,000 gigawatt-hours), it would essentially take 23 Northern Pass projects to meet just our transportation energy needs. With Seabrook producing about 1.2 gigawatts and running at 100% efficiency, it would take 19 new Seabrook size nuclear plants to meet the power needs of an electrically powered transportation sector.

Now seriously, after the out-and-out public assault against Seabrook and the recent Northern Pass fiasco, can anyone remotely imagine the general public ever allowing this type of infrastructure build-out? Not!

It’s wonderful to dream of a day when we no longer need fossil fuels. It feels good to blame the “less educated” for destroying the environment while the “educated” proclaim to have all the solutions. But the bottom line is there are no easy solutions. For every action there’s a reaction-and in this case the reaction to “going electric” is the need for a massive expansion of our electrical generating and transmission infrastructures.

Based on the region’s most recent visceral rejection of replacing transmission lines (Northern Pass) and upgrading existing pipelines (Kinder Morgan), I don’t think anyone needs to stress over whether or not to sell your shares of Exxon-Mobil any time soon!