Saving the Plant-Attitude vs. Aptitude 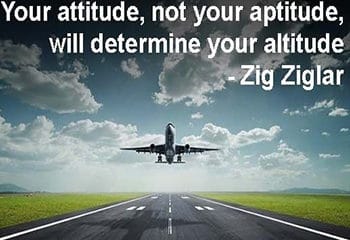 By Tony Giunta, PG, Director of Project Development
As the old saying goes, “Success is 80% attitude and 20% aptitude.” If this is truly the case, we have a long way to go before we can save Mother Earth from the ravages of global warming!

OK, by now we’ve all heard the story. Ever since James Watt invented the steam engine in 1769, modern civilization has been belching carbon dioxide (one of many by-products from burning fossil fuels) into the atmosphere. Over the past 250 years, scientists have learned that carbon dioxide (CO2) is a “greenhouse” gas-meaning it allows the sun’s infrared radiation in, but prevents those warming rays from escaping back out into space. Because of this phenomenon, scientists also claim that the more CO2 emitted into the atmosphere, the more the planet will warm to a point where it’s simply uninhabitable.

Now whether you believe this doomsday scenario or not, there are the following facts to consider. First, CO2 is a greenhouse gas. Second, from analyses of global ice cores, CO2 levels in the atmosphere remained stable from 1000AD all the way up to the invention of the steam engine. Third, from the beginning of the industrial revolution to present, atmospheric CO2 has increased nearly 40%-and with it, global temperatures have increased about 1.8oF.

For the past 30 years, climatologists have predicted a doubling of prehistoric CO2 (those consistent levels measured over the last 1000 years) would increase global temperatures by 3.5oF. Seeing we’ve increased levels by 40% and temperatures have risen half that 3.5oF, it appears from the data their predictions are right on target.

So, if you believe warming of the planet will lead to catastrophic results, what are we to do? It seems the one obvious action would be to replace fossil fuel combustion with non- CO2 emitting renewable forms of energy. After all, it stands to reason that if global temperatures increased as CO2 levels increased so might temperatures stabilize if the rate of CO2 emissions decreased.

So, from a scientific (aptitude) perspective, there’s reason to celebrate! We have the knowledge to save the planet. But remember, aptitude is only 20% of our success. The other 80% is attitude.

Do you think we have the right attitude to make the switch to renewables? Certainly from watching Hollywood elites and main stream media you would think we do. But when you look locally and heed the advice of Tip O’Neil, the great politician and former Speaker of the US House of Representatives, who said “All politics is local!”-we are doomed!

Although Mr. MacKay wrote his book in 2008 with a focus on energy usage and renewable resources in Britain, he saw then what we in the United States see today-a societal attitude against the switch to renewables. As Mr. MacKay summarized, “Yes, technically Britain has huge renewable resources. But realistically, I don’t think Britain can live on renewables. I am partly driven to this conclusion by the chorus of opposition that greets any major renewable energy proposal. If the British are good at one thing, it’s saying no!”.

Sound familiar to what’s going on right now in our very backyards? “No” to Northern Pass (hydro), “no” to Cape Wind (wind turbine), “no” to Great Bay power (underwater turbines), “no” to Kinder-Morgan and Spectra natural gas pipelines (granted still a fossil fuel but the intent is to replace the highest carbon emitters-coal and heavy oil-with the planet’s lowest emitting fossil fuel). It appears the American colonies inherited one thing from mother Britain-her propensity to say, “No!”.

In short, we have the aptitude to make significant change to our environment. But until we adopt the right attitude the only change we’re sure to see is an ever-warming planet.