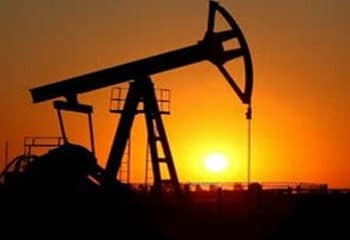 By Tony Giunta, PG, Director of Project Development
I’m sure by now you’ve had the sobering experience of opening your electric bill and thinking “there must be some mistake!” Nope, no mistake. Prices have gone up… way up. In my case, I saw a 35% increase. It appears I was one of the lucky ones as a close friend said his monthly bill increased by nearly double that amount. Ouch!

Knowing I’m in the energy field, many people ask me “What’s driving these staggering increases?” and “Will prices ever come down again?” To answer these questions, let’s first take a closer look at how New England has achieved the dubious distinction of having the highest electric rates in the country and then address what it will take to lower those rates.

First, we all need to realize that it takes energy to make electricity. The major forms of energy are derived from fossil fuels (coal, oil, and gas), nuclear fuel, and renewable fuels such as water, wind, biomass, and the sun. Because consumers demand reliability (available power 24-7) as well as low costs, electrical producers satisfy those consumer demands by choosing fuels that are least expensive and produce the most reliable sources of electricity.

In the post-World War II era, we all believed there were limitless supplies of cheap fossil fuels. We were also in the dawn of the “atomic age” and had successfully harnessed energy from splitting the atom. And the intricate connection between industrialization and environmental degradation had yet to be understood. As a result, fossil (mainly coal and oil) along with nuclear were the dominant sources of energy for producing cheap reliable electricity.

Then came the 70’s-the 1973 oil embargo, the 1979 Three Mile Island nuclear plant incident, the creation of the Environmental Protection Agency and their promulgation of tighter restrictions on air, water, and soil pollution. These events, combined with a modern era focus on fossil fuel emissions and their contribution to global warming, have completely changed the “fuel of choice” dynamics for 21st century electrical producers.
Taking all this into consideration, if you were going to build a power plant in New England today you would want to power it with a fuel source that is abundant, allows you to run reliably at low cost and with relatively low emissions. As you look for this “Goldilocks” fuel, the first piece of good news is power plants located in New England are less than a day’s drive from the Marcellus shale formation-one of the largest natural gas reserves in the entire world. Even better news is with advancements in hydraulic fracturing and horizontal directional drilling those reserves are now abundantly available and cheap. And possibly the best news of all is natural gas is one of the cleanest burning lowest emission fossil fuels available.

Based on this information, the logical fuel choice for your new power plant would be natural gas. And as you would expect over the past ten years statistics have shown that New England power plants have chosen natural gas as their fuel of choice.

So now the question becomes, “if the majority of our electricity is coming from low emission cheap plentiful domestic sources, why are my electric bills going through the roof?”

Well, the short answer is electrical producers weren’t the only ones who chose their fuel based on all those good characteristics associated with natural gas. Manufacturers, businesses, industries, and homeowners want that same cheap reliable low emission fuel for their use, too! With so many consumers choosing natural gas, there’s now a shortage of that fuel during times of peak demand.

Although demand for natural gas has grown dramatically, the pipeline capacity to deliver that gas has not kept pace. Pipeline demand has exceeded pipeline supply. To complicate matters even further, when it comes to a hierarchy of usage, power plants are last on the totem pole to receive their due. Only after business, industry, and residential demand is met will any remaining gas supply be sold to power plants.

So on the coldest days of winter-those days when both electricity usage and heating requirements are at their highest-electricity producers are restricted from accessing natural gas and must find other sources of fuel to meet demand.

Here in lies the crux of the “high cost” dilemma. When natural gas producing plants turn off because they lack gas supply, other plants that typically use higher cost fuels and whose cost of electrical production are often much higher turn on. As those higher cost electrons flow onto the grid, someone has to pay for them… and that someone is you and me.

In the Northeast, this scenario has been occurring more and more frequently and for longer durations. In fact, it has become so predictable that the electrical markets have reacted by factoring those higher costs of production into their rates. As a result, we, the consumers, are not only paying more money for that electricity, we are also paying higher environmental costs as those plants that must supplement the market in the absence of natural gas typically use much “dirtier” fuels such as coal, heavy oils, and jet fuel.

So, how do we lower rates? Simply stated, we must increase natural gas pipeline capacity into New England. Again, the largest lowest cost natural gas fields in the world are a couple of hundred miles away. Lowering the cost of electricity is not a question of if we can find more natural gas supply, it’s merely a function of getting enough gas into New England such that we no longer have to rely upon producers who use high priced high emission fuels to meet peak demands.

Bottom line, having ample quantities of domestic natural gas available to meet New England’s peak demands will not only lower electric rates, it will also improve air quality throughout the region, a true win-win for all concerned.