I Hear a Train a Comin’ 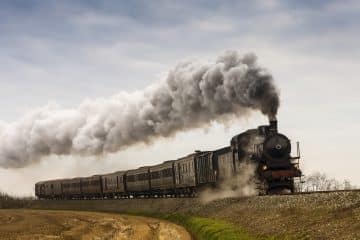 I Hear a Train a Comin’

As most of the world is basking in hellish heat and the President contemplates enacting an “Emergency Climate Declaration” to combat global warming, Nobis Group can proudly proclaim that, for the past six years, we have been working with solar developers to permit dozens of clean, zero-emission, renewable energy projects. And although I’m thrilled to be part of a more sustainable energy future, experience has provided me with a disturbing glimpse into the future, and I can’t help but recall some old lyrics by the immortal Johnny Cash:

I hear a train a comin’,

It’s rolling ‘round the bend…

And, from how I see it, just on the other side of that bend are all our renewable energy projects, precariously strewn across the tracks, waiting to be smashed by that ever-approaching train. The train is a euphemism here, of course, and it represents the growing chorus of opposition from those vehemently against renewable energy projects – whenever and wherever proposed. It doesn’t matter whether the community has committed to carbon reduction goals, and it doesn’t matter if these projects are proposed in areas populated by majority Republicans or Democrats, environmentalists or capitalists, global warming believers or deniers. Wherever I go, the message is clear: “Your renewable energy project isn’t welcome here!”.

The “clear and present danger” is to placate such ubiquitous opposition, planning and zoning boards have reluctantly approved these projects with their greatest attention placed on conditions that require renewable energy systems to be completely decommissioned upon exhaustion of their useful life (20-25 years). In addition, decommissioning agreements include returning the property to its “original condition”, with no further development of the property in perpetuity.

Often, I’ve seen more time spent discussing how and when these sustainable energy systems will be dismantled than how they’ll be constructed! In addition, and in complete defiance of State Statutes, many communities then pass ordinances or warrant articles that significantly restrict future renewable energy projects from being constructed in their communities. Talk about hypocrisy!

So, I ask, if all these renewable energy projects have decommissioning plans firmly in place, how are we to meet our federal, state, and local zero carbon emission goals by 2050? Just when we’d start making progress on achieving these goals, decommissioning provisions will kick in and cause massive amounts of renewable power to be taken off-line. Further, with provisions in place that restrict new energy projects from being rebuilt on these sites and land regulations that significantly restrict areas of new development, where are we to turn for additional renewable energy production?

I’ve been sounding the alarm to this paradox, but it often seems to fall on deaf ears. Maybe I’ll get more attention if I break into my own song next time…

I hear a train a comin’,

It’s rolling ‘round the bend.

That train’s headin’ straight for us,