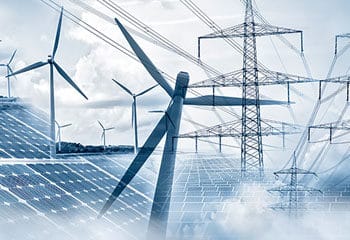 By Tony Giunta, PG, Director of Project Development, Mayor City of Franklin, NH
These are exciting times in the renewable energy industry! Although I doubted it would ever happen in my lifetime, we have finally achieved the critically important intersection point where the cost of producing renewable electricity is now the same or less than electricity derived from fossil fuels.

As reported by Dominic Dudley in his May 29th, 2019 Forbes article titled “Renewable Energy Costs Take Another Tumble, Making Fossil Fuels More Expensive Than Ever”, hydroelectricity, photovoltaic solar (PV), biomass, on-shore wind, and geothermal can all produce energy at less than 10 cents per kilowatt hour, putting these sources on par with newly proposed oil, coal, and natural gas plants.

Even more exciting, Mr. Dudley cites the International Renewable Energy Agency (IRENA) report titled “Renewable Power Generation Costs” that points out it’s no longer just about a philosophical humanitarian “save the planet” reason to switch to renewables. Now it’s all about making the switch because it makes good economic sense.

So why the delay in making the proliferation of renewable energy a reality? It’s important to mention that the IRENA report distinctly points out the lowest cost renewable energy projects are being built in parts of the world where there’s the “right regulatory structure and institutional frameworks.” In other words, the lowest cost renewables are being built in areas with the least public opposition and most favorable regulatory environments.

Unfortunately, what I see in New England is a citizenry rabidly opposed to fossil fuels, hysterically supportive of renewable energy, and hypocritically cynical of all renewable energy projects proposed in their communities! The “Not In My Back Yard” or “NIMBY” crowd has transformed that famous warning “Don’t Tread On Me” to “Don’t Build It Here”!

In addition, there are entire communities who adopt bold ordinances, make lofty proclamations, sign progressive protocols demanding fossil free futures. Yet, when renewable projects are proposed, they pass restrictive ordinances that essentially ban those projects from ever being built.

Let history show that not only did NIMBYs deter attempts to save the planet, they also nixed opportunities to build these now cheaper sources of energy and lower costs for all.