“Canary in the Coal Mine” Moment 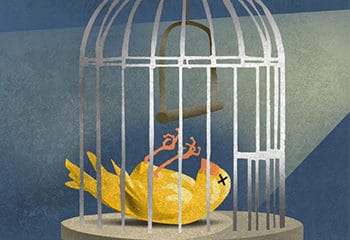 By Tony Giunta, PG, Director of Project Development, Mayor City of Franklin, NH
I recently attended the New Hampshire Energy Week breakfast and heard Taylor Caswell, Commissioner of the Department of Business and Economic Affairs, tell a familiar yet disturbing story. He shared with us a recent conversation he had with one of our larger manufacturers located in the southern part of the state. Business leaders from the company told the Commissioner they would probably not leave the state… that was the good news. The bad news was, the company had no plans to expand in New Hampshire. The reason? The continued high cost of electricity!

Company leadership told the Commissioner their annual electric bill was $3M. They also shared with him that like many other New Hampshire businesses they were being courted by a southern state to expand their operations “down there” where their comparable electric bill would be $1M. After sharing this grim comparison, Commissioner Caswell paused, looked out over the crowd, and then said, “How do I compete with that much of a disparity in electricity costs? We simply have to do something!”

For Commissioner Caswell, it was clear this was his “canary in the coal mine” moment. For years I’ve been warning anyone who would listen that the business community has been patiently waiting to see if New Hampshire was serious about doing something to reduce the highest electricity costs in the country. Approval of the Northern Pass was the one project that would have given manufacturers some solace that we all realized how devastating these rates have been to their businesses and that we were committed to making decisions to address the problem.

With the recent Site Evaluation Committees’ unanimous vote to squash the project-along with their most recent ruling to do nothing until their written decision has been released (in other words, several more months of delay)-it is a very clear sign we either don’t understand the incredible stress the high cost of electricity is placing on our manufacturers or, worse yet, we simply don’t care!

Regardless which is true, Commissioner Caswell should be prepared to hear many other business leaders tell him the same story. After all, I’ve been hearing the same story for the past five years.